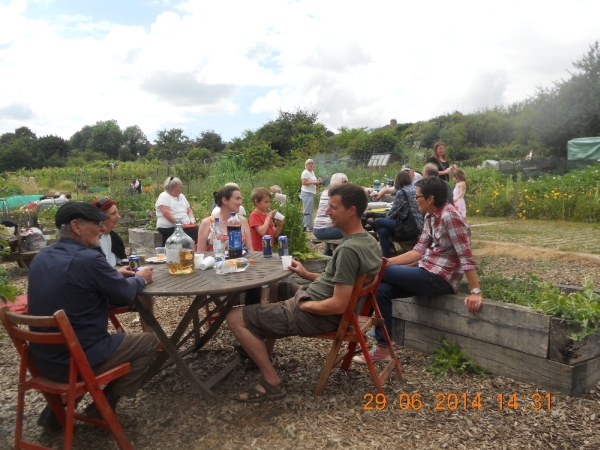 This year’s barbecue was held on Sunday, 29th June and was as successful as usual. There was a good turnout despite the prediction of unsettled weather, but the sun shone and the rain stayed away until the food was gone. It is always good to see the children there and this year the boys excelled themselves climbing the tree by the car park, although the younger ones had to be rescued when they climbed too high.

The Pimms proved to be popular as ever and although we’re not exactly self sufficient in oranges, and the cucumbers won’t be ready for at least another month, the allotments could provide the strawberries and mint. There were more lettuces available than we could eat but I had bought the tomatoes – only to discover that some people actually have some already, proving that this year is the most advanced we have had for a long time. 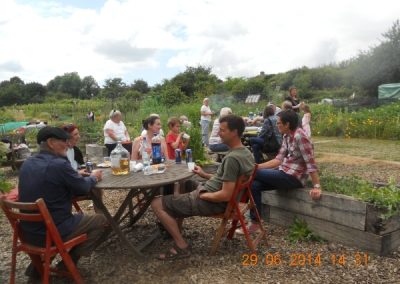 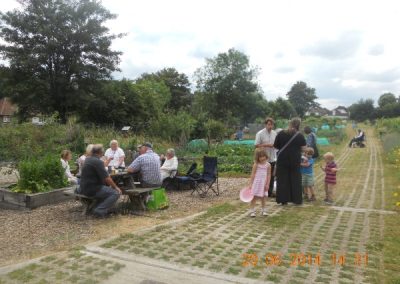 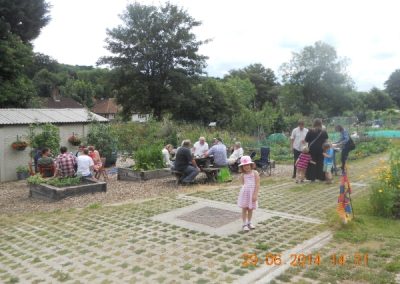