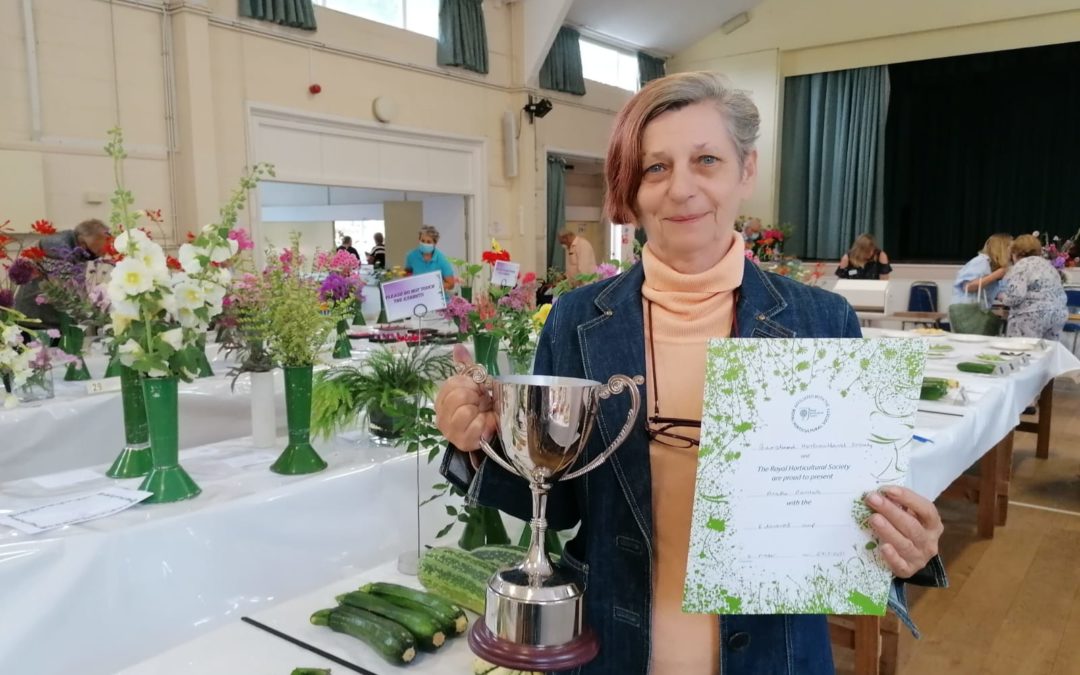 The Banstead Horticultural Society’s Summer Show was held on Saturday 24th July and was a huge success, bringing out a record number of exhibitors and visitors, including the mayor of Banstead. It was joined by Caterham Horticultural Society, whose normal venue is being used as a Covid vaccination centre.

Smitham allotments were again well represented and enjoyed their now customary success in the fruit and vegetable classes. Aniko won the cup for the most points in this and the Early Summer Show combined and Ann was the runner-up. Aniko, Ann and Lucas took the first three places in two of the classes – three types of vegetable and any other vegetable, where Aniko’s garlic was awarded a blue ribbon. Ramon also achieved a first prize for his gooseberries. With Ramon’s typical modesty he claimed they were from the bush chosen and planted by his son.

Great interest was shown in Ann’s entry for the class entitled ‘Summer Harvest’ which was awarded first and a Certificate of Merit. 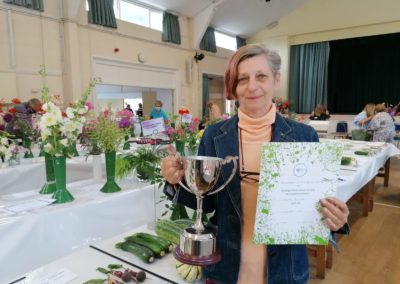 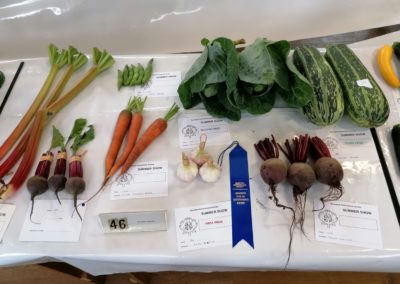 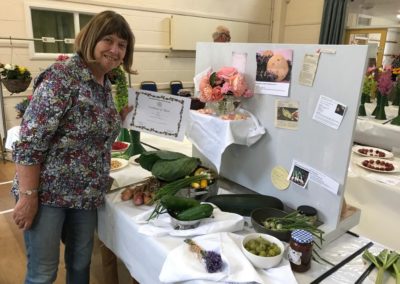