Against all the odds the Banstead Horticultural Society 2020 Autumn Show was held on the 12th September at the Community Hall. It involved a significant amount of planning to comply with government Covid-19 guidelines and ensure that every step was taken to make exhibitors, judges, helpers and visitors as safe as possible. The show was limited to Society members and local allotment holders – including Smitham Allotments – and the hall was deep cleaned, well-ventilated and social distancing was encouraged with a one-way system and wider staging.

There were 239 exhibits from 38 exhibitors. The day was warm and sunny enabling a stall to be set up outside selling plants, produce and bulbs, and another fund-raising stall for the charity Perennial. There were close to 100 visitors, and although only 25 were allowed in the hall at any one time there were no queues as attendance was spread out during the afternoon. Many of the visitors said how delighted they were to have the opportunity to do something normal and thanked the organisers for their hard work.

There was no prize-giving but the entries were scored. Smitham Allotments did well in the fruit and vegetable classes gaining several firsts including the classes ‘Collection of four types of vegetables’ (Ann Shore) and ‘Collection of three types of fruit’ (Eddie Nash). Ramon Farooki also won first, second and third places for his vegetables. The judges were impressed with the range and quality of the exhibits and one told us that only one other society in the country had managed to hold a show this year.

Well done and thank you to BHS for a splendid show! 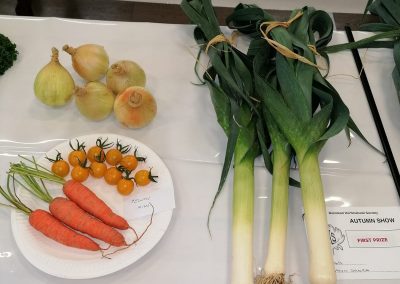 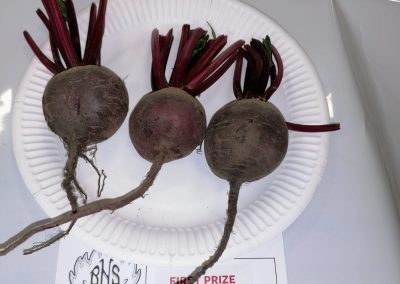 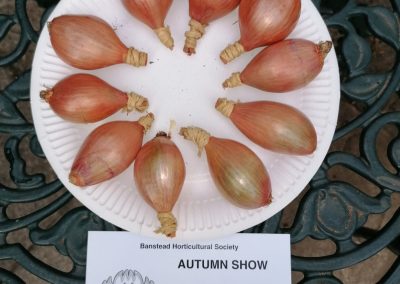 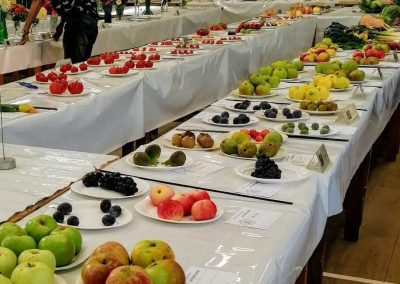